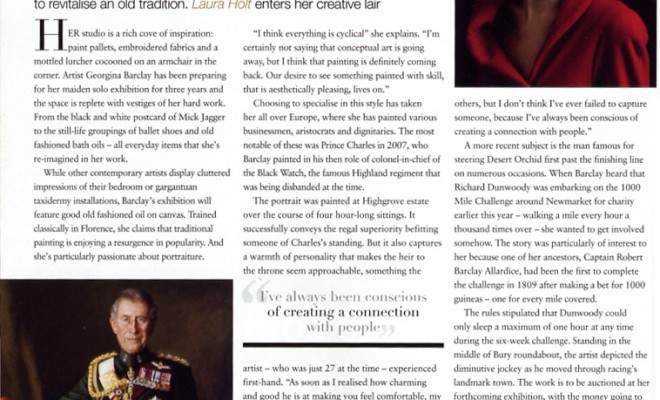 Matchbox 2009 ‘Portrait of the artist’ 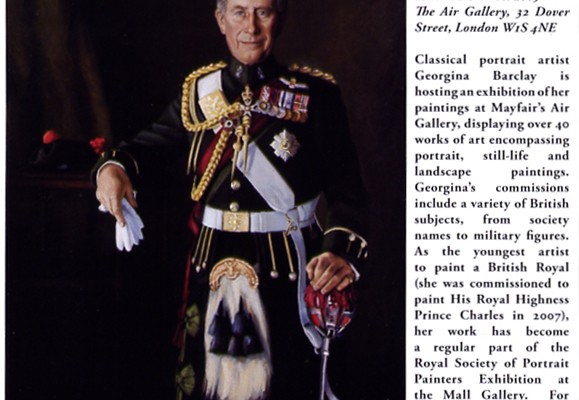 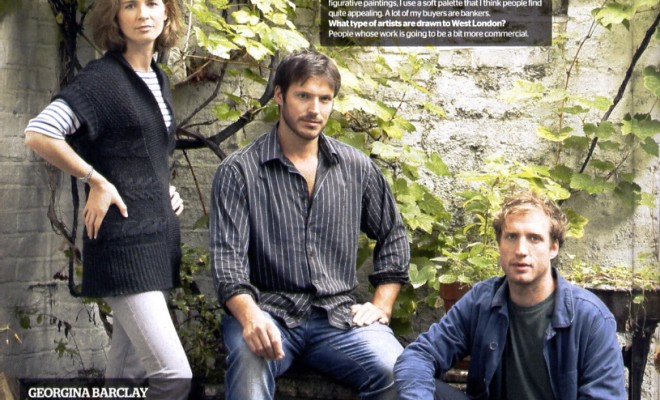 With studios ranging from a disused gas works to a Utopian dream of an artists’ commune and a charity-run studio complex, there is nothing uniform about these artists’ styles or approaches. 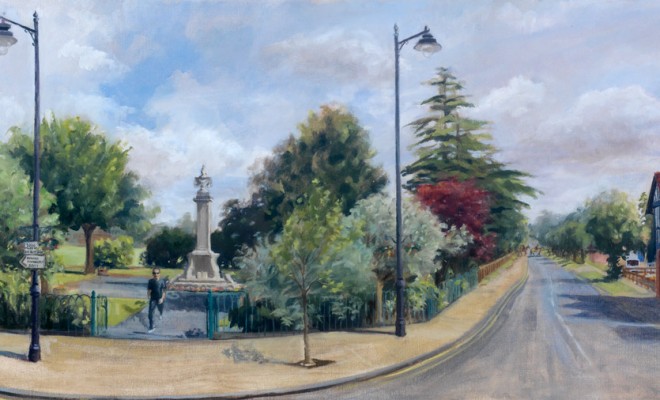 Classical portrait artist, Georgina Barclay, 30, has recently painted Richard Dunwoody during his incredible attempt of the ‘1000 mile challenge’ in Newmarket. The painting is to be auctioned off for the challenge’s official charities: Alzheimer’s Society, Sparks, Racing Welfare and Spinal Research. 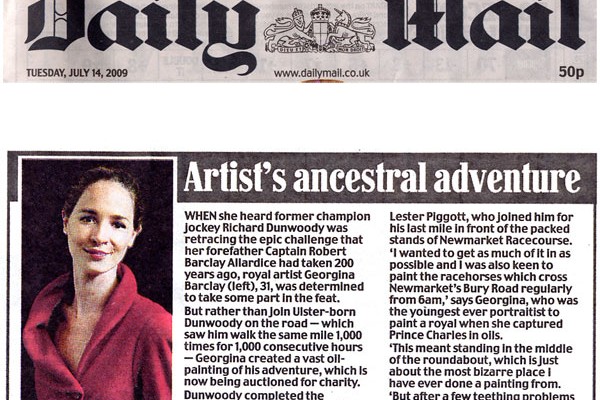 When she heard former champion Jockey Richard Dunwoody was retracing the epic challenge that her forefather Captain Robert Barclay Allardice had taken 200 years ago, royal artist Georgina Barclay, 31, was determined to take some part in the feat. 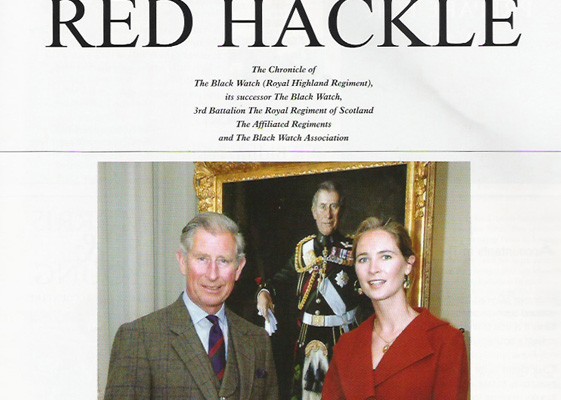 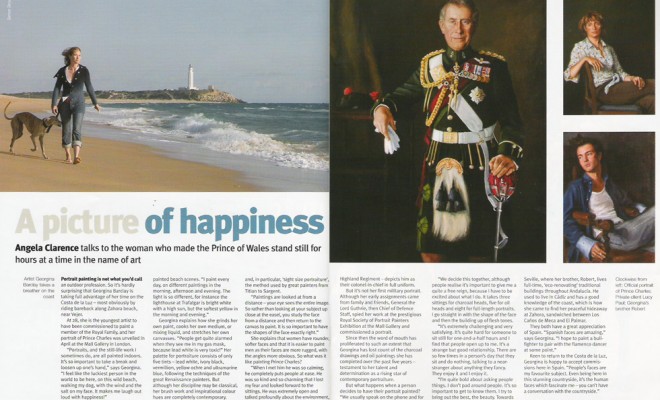 Angela Clarence talks to the woman who made Price Charles stand still for hours at a time in the name of art. 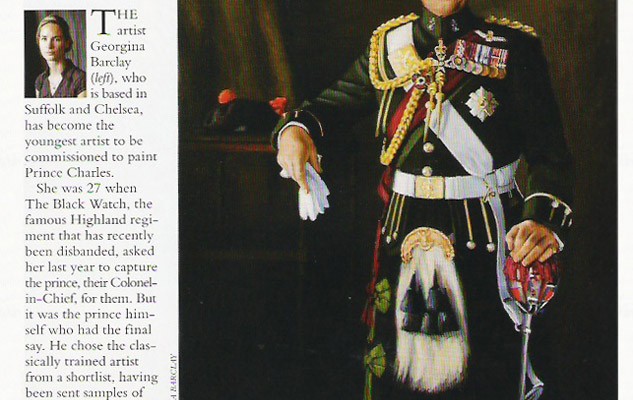 The artist Georgina Barclay, who is based in Suffolk and Chelsea, has become the youngest artist to be commissioned to paint Prince Charles. 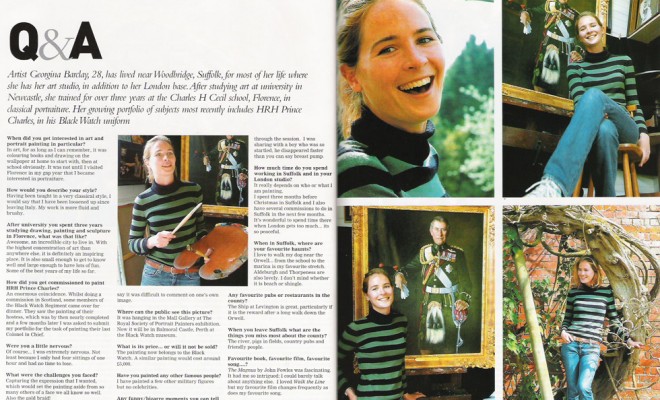 Artist Georgina Barclay, 28, has lived near Woodbridge, Suffolk, for most of her life where she has her art studio, in addition to her London base. After studying art at university in Newcastle, she trained for over three years at the Charles H Cecil school, Florence, in classical portraiture. Her growing portfolio of subjects most recently includes HRH Prince Charles, in his Black Watch uniform. 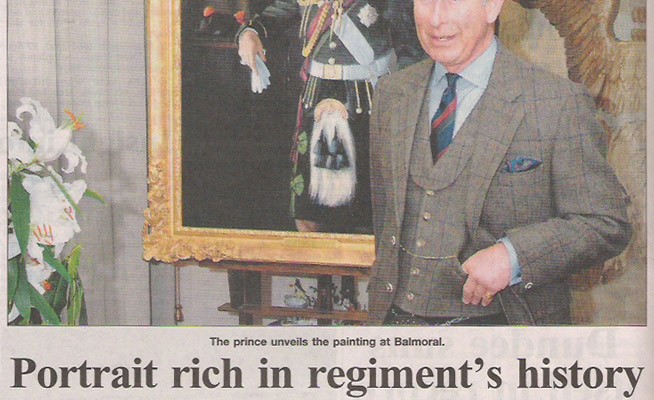