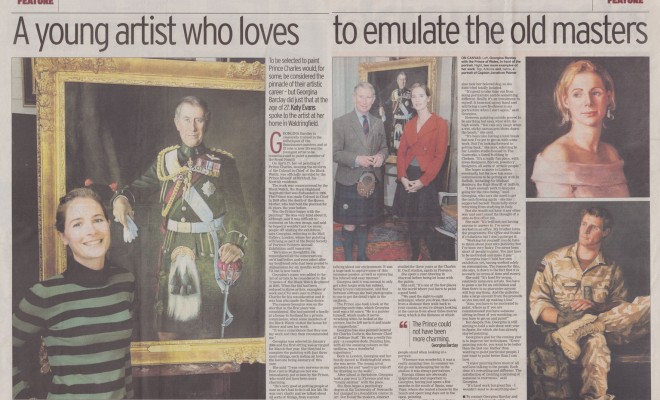 East Anglian – A brush with royalty 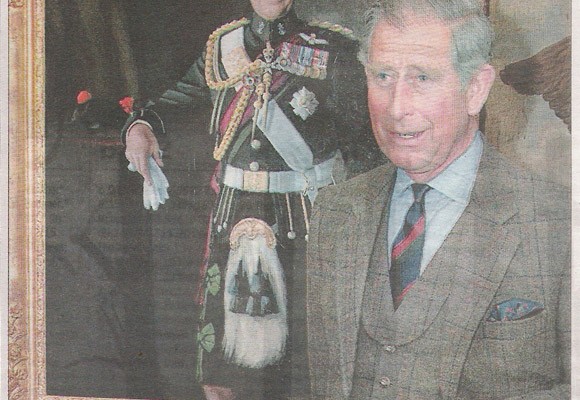 The Scotsman – The one and only 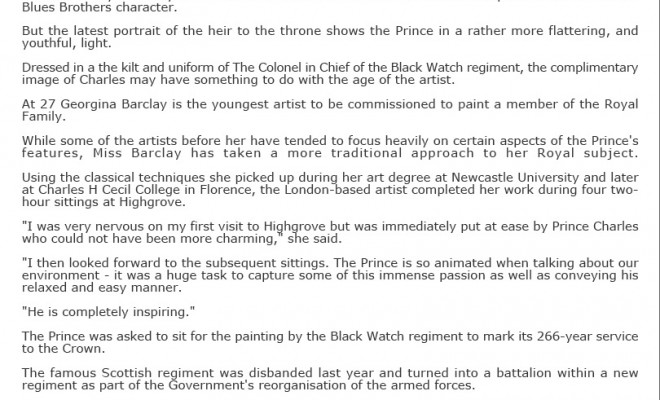 Prince Charles has suffered at the hands of artists in the past.

David Hockney famously accentuated his ears and a Ukrainian artist once depicted him as a kind of Blues Brothers character.

But the latest portrait of the heir to the throne shows the Prince in a rather more flattering, and youthful, light.

Dressed in a the kilt and uniform of The Colonel in Chief of the Black Watch regiment, the complimentary image of Charles may have something to do with the age of the artist. 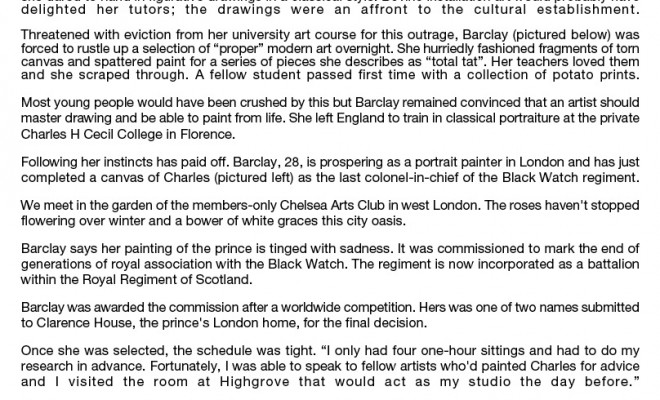 The Business – A Royal Subject

GEORGINA Barclay, who has recently painted the Prince of Wales, was an art school rebel. She nearly failed her first-year examinations – not because she submitted a pickled cow in a glass case but because she dared to hand in figurative drawings in a classical style. Bovine installation art would probably have delighted her tutors; the drawings were an affront to the cultural establishment.

The Telegraph – Art as much as a science

Art as much as a science

Investment is sometimes said to be as much an art as a science – which is just as well for self-employed portrait painter Georgina Barclay who picks her own Isas.

However, when it comes to managing her hard-earned money, she prefers to trust a specialist fund manager rather than a big bank whose core activities are more likely to include taking deposits and advancing loans than stock picking.